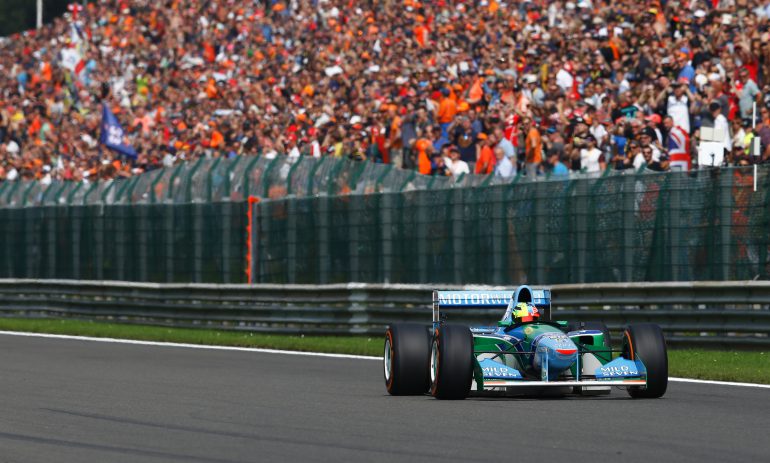 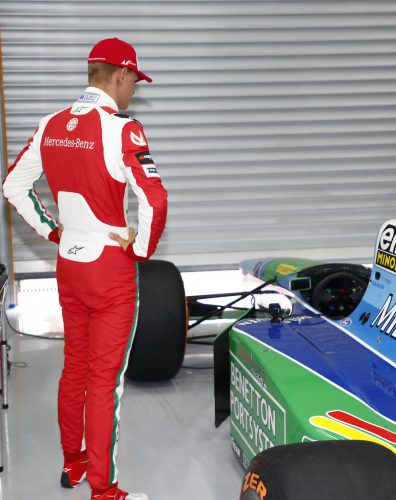 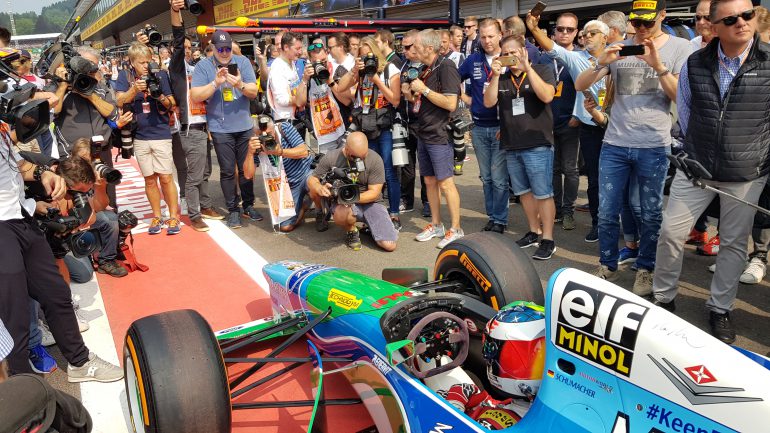 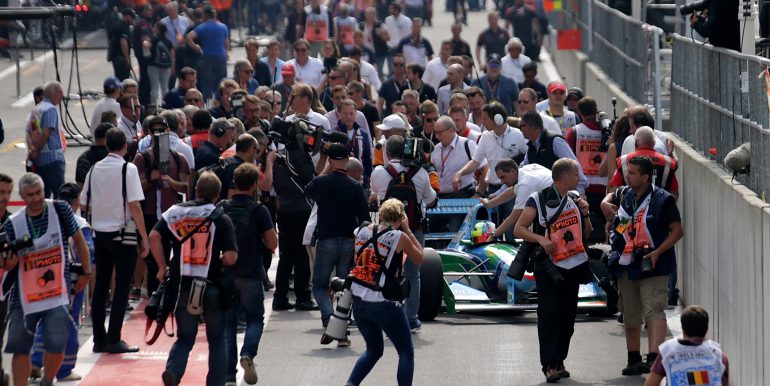 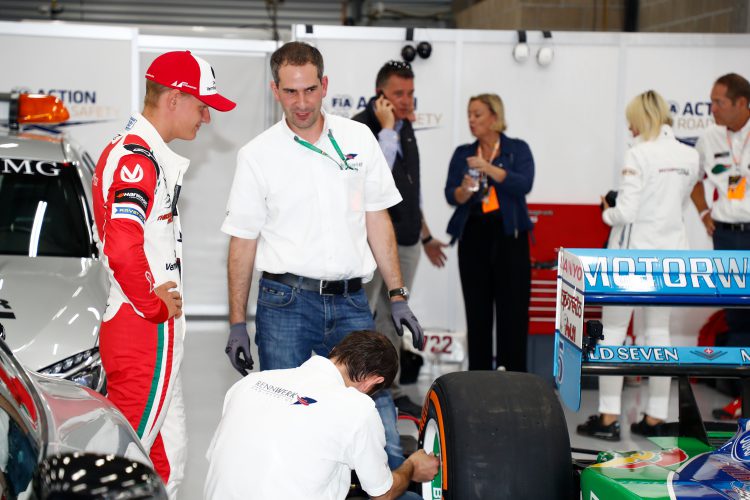 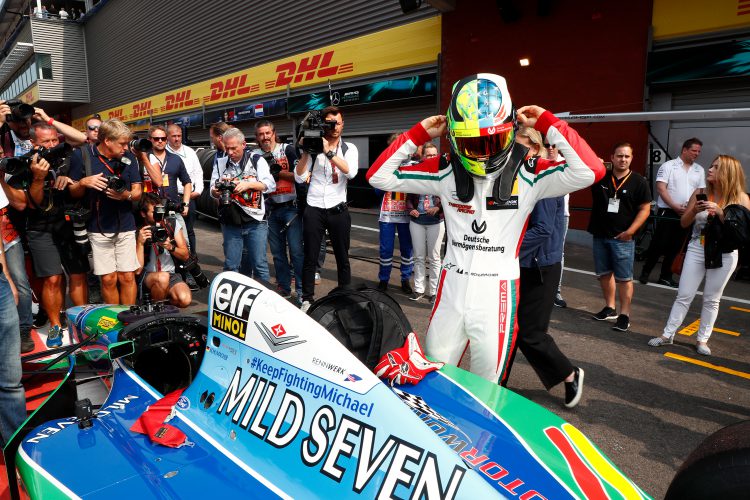 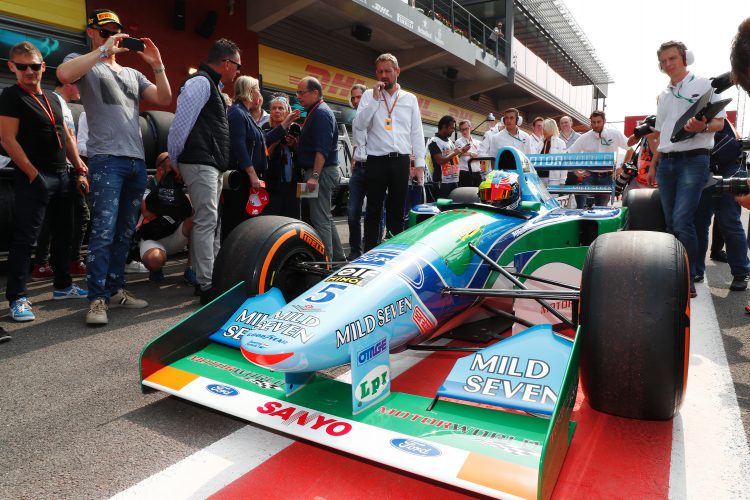 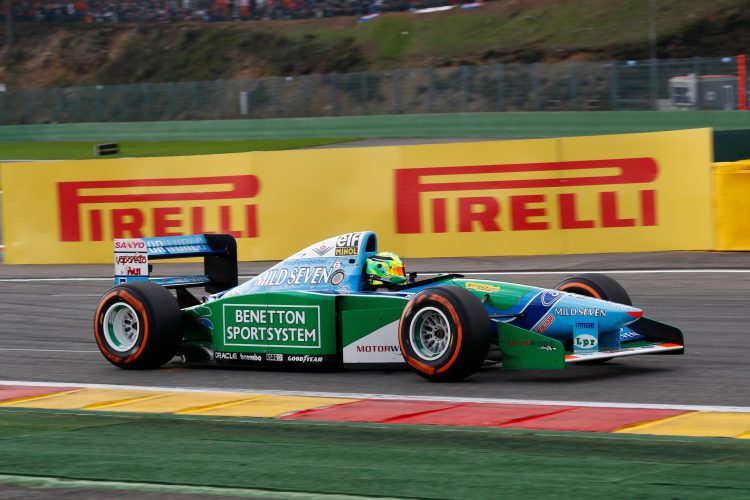 On August 30th 1992 Michael Schumacher scored his first Formula 1 victory at the Belgian Grand Prix in Spa Franchorchamps.
Now in 2017 – exactly 25 years later – the Spa F1 weekend saw a unique and very emotional demonstration run:
To celebrate the round anniversary of Michael’s first win, Mick Schumacher drove his father’s 1994 Benetton F1 car for a demonstration lap.
The event took place in front of about 150.000 spectators – just before the official F1 race started.
The Benetton B194 is onwed by MOTORWORLD.

RENNWERK prepared the car for Mick. This included some technical repair and restoration work on chassis, engine and electronic systems.
During the event we operated the car with our team of engineers and mechanics.