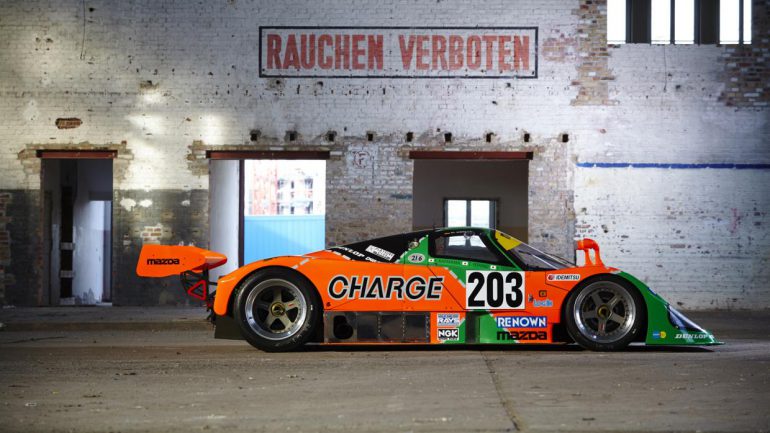 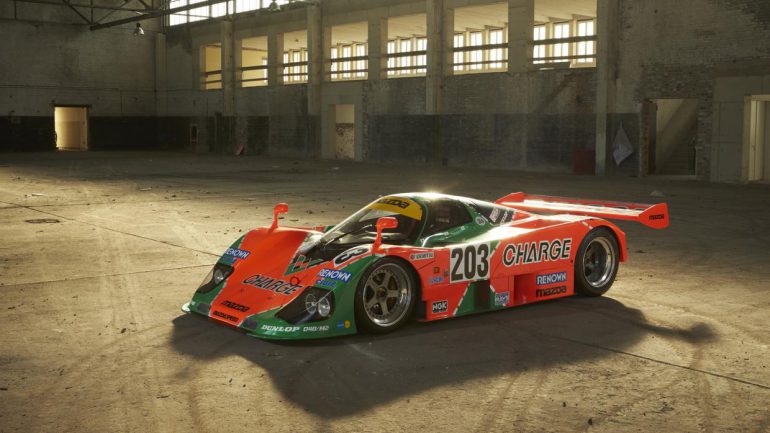 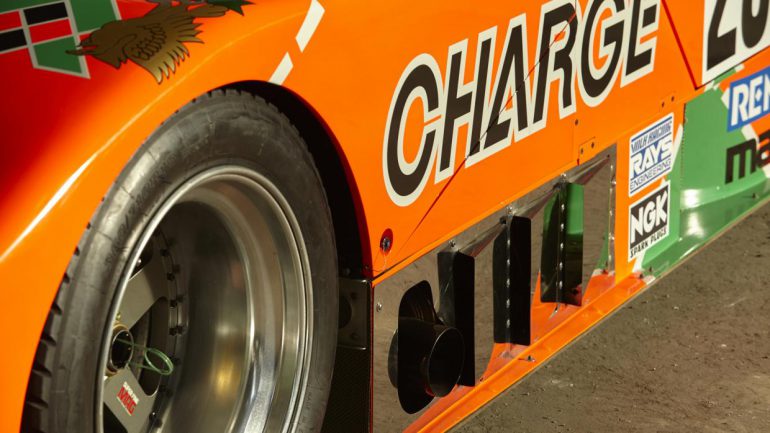 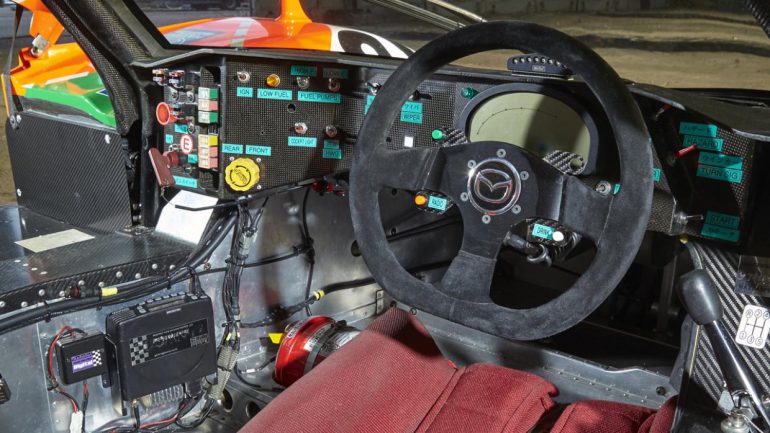 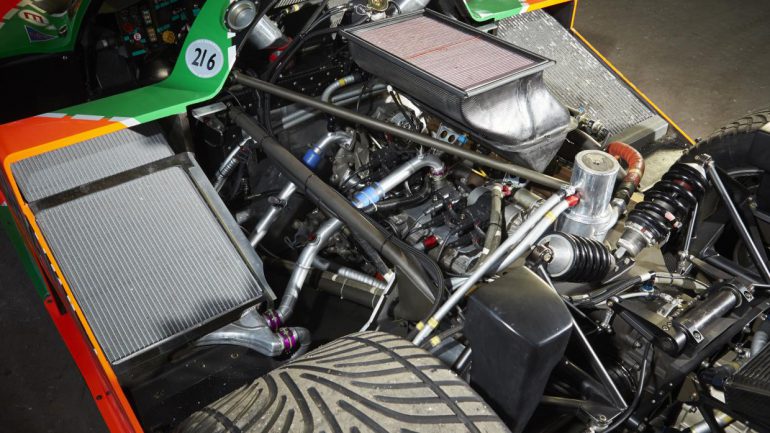 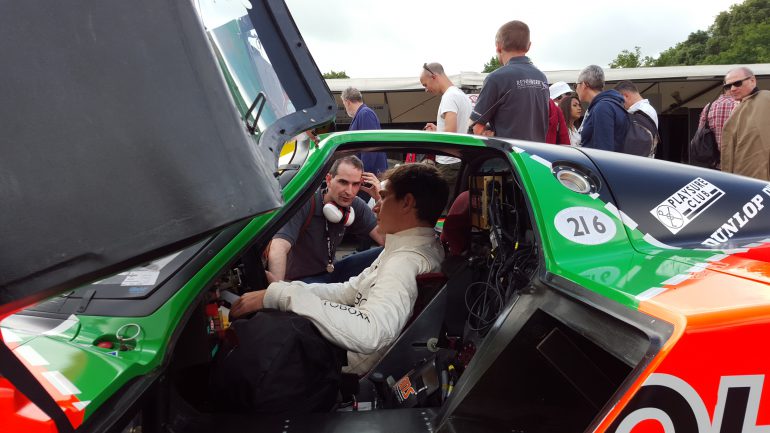 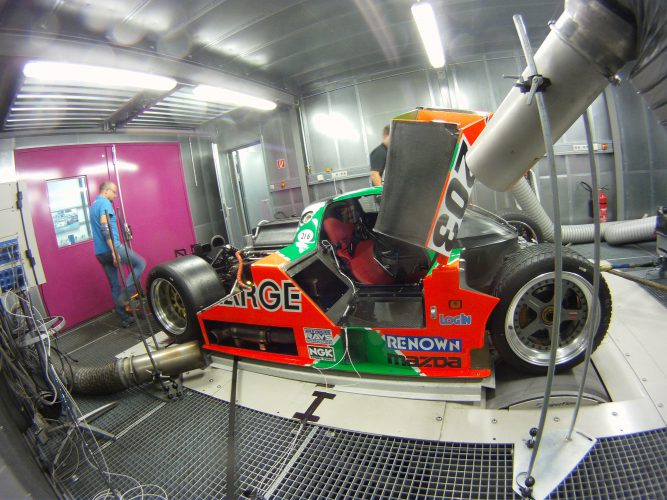 The Mazda 767B-003 was entered by Mazdaspeed in the 1989 and 1990 Le Mans 24h race. It won the IMSA GTP class in 1990, driven by Y. Katayama, T.Yorino and Y.Terada. This car carries one of the most unforgettable liveries in Motorsports, destined by the Japanese Sponsorship of CHARGE. In addition it is powered by one of the most exotic internal combustion engines ever put in a 24h race car, the 4 rotor Mazda Factory Racing 13J-MM Rotary (Wankel) engine.

Rennwerk was commissioned with the complete restoration of this iconic car, including bodywork repair, painting, production of new electrical looms etc. But the toughest part of the job was the rebuild of the previously damaged engine. We managed to maintain all original engine components by recoating and surfacing the rotor housings and side plates. All the effort was compensated by the pure enjoyment as the car screamed up the hill at the Goodwood Festival of Speed 2016.