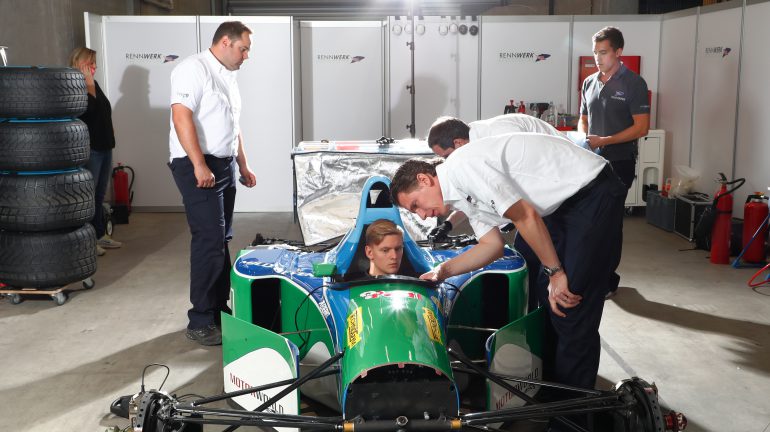 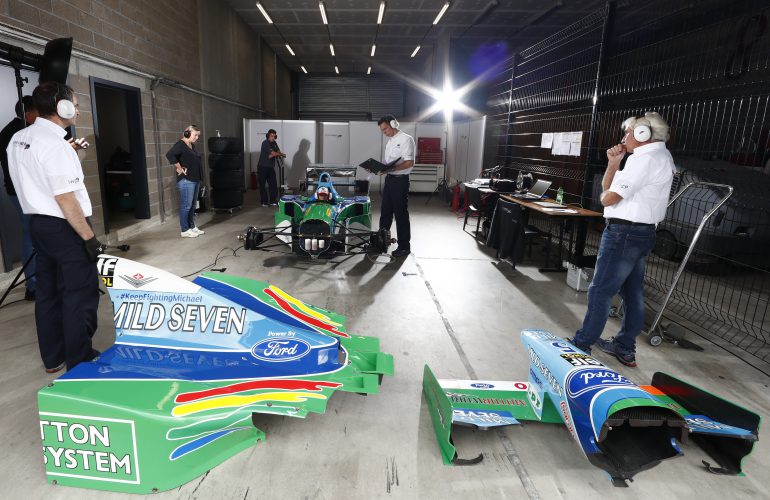 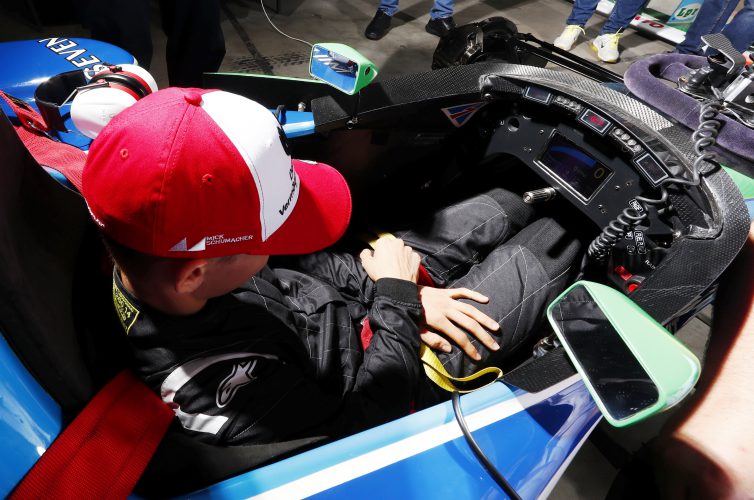 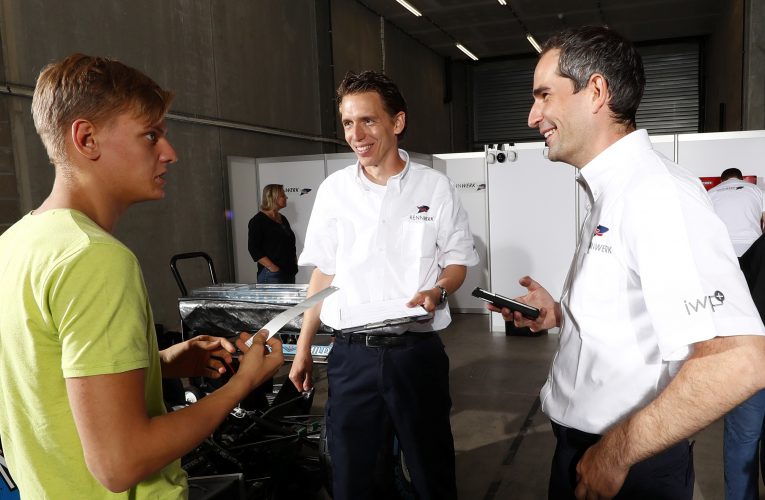 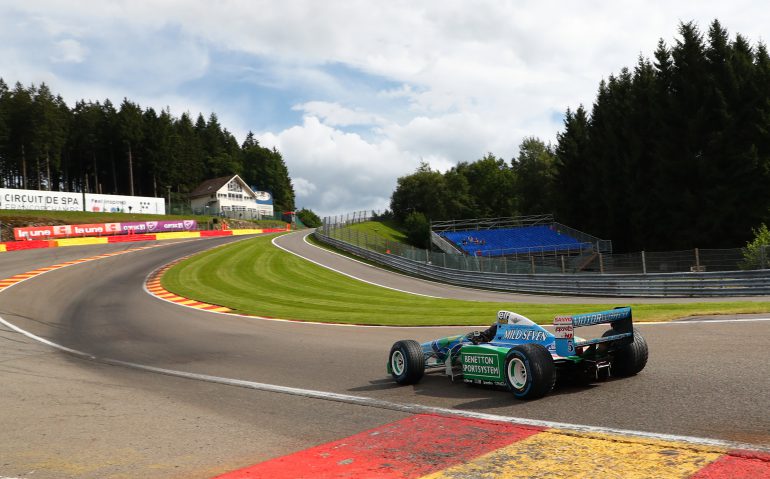 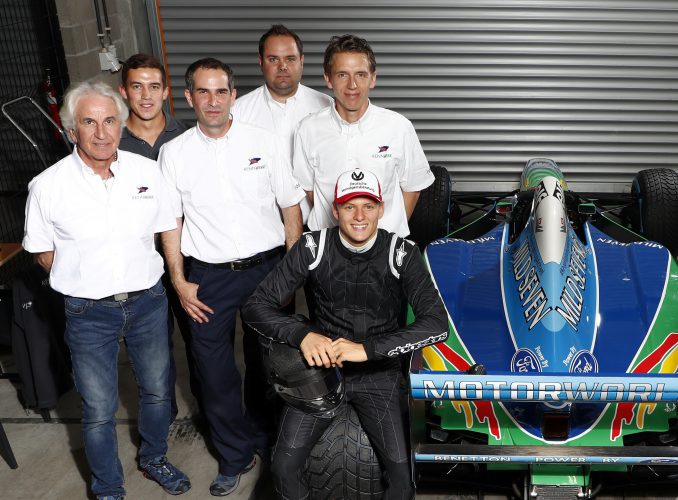 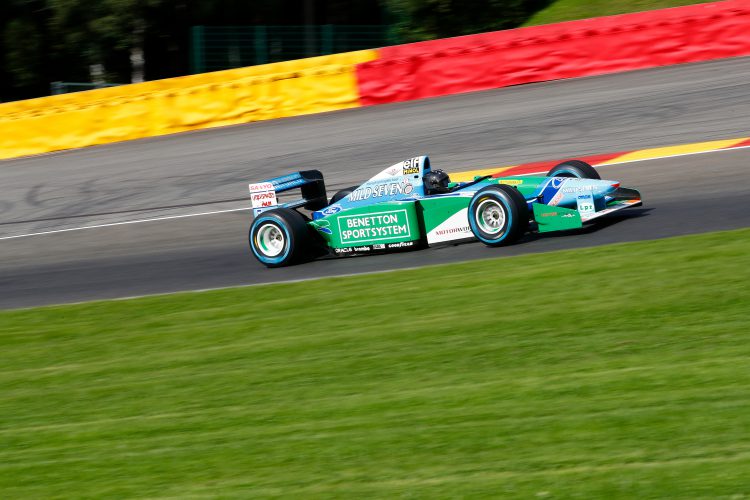 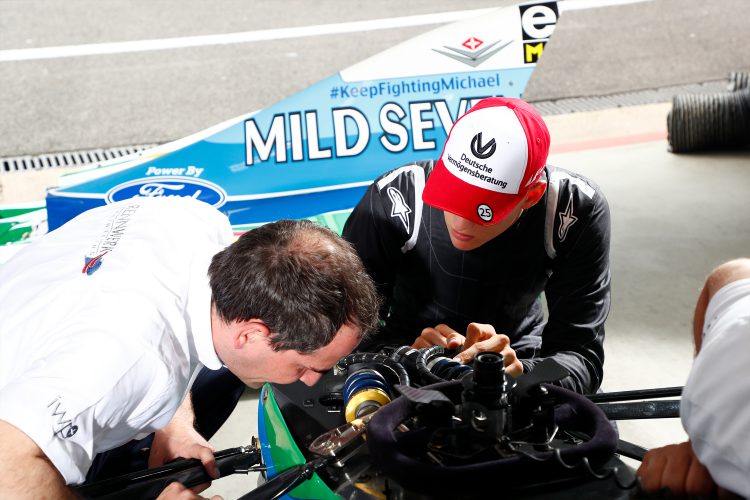 A few weeks before the 2017 Spa F1 race weekend we went to Spa to cover a secret test day together with Mick Schumacher and Motorworld’s Benetton B194 F1 car.
Background of this event was to give Mick some introduction to the car as preparation for the scheduled demonstration run to celebrate the 25th anniversary of his father’s first F1 victory.

RENNWERK prepared and operated the B194 car for Mick’s first ever F1 run – giving him some introduction to the electronic systems and general handling of the car.