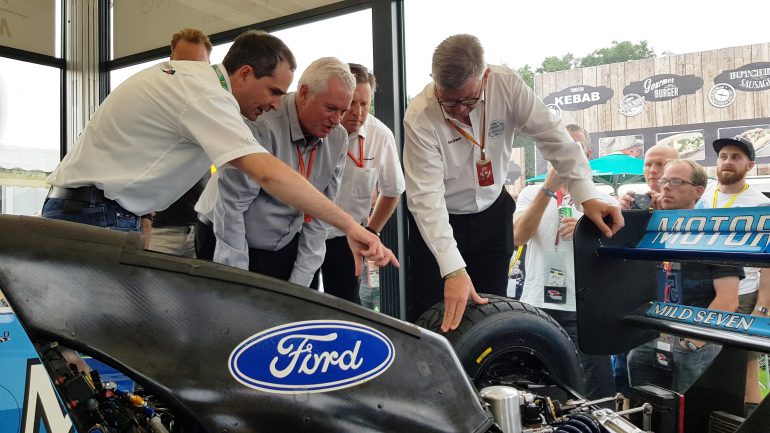 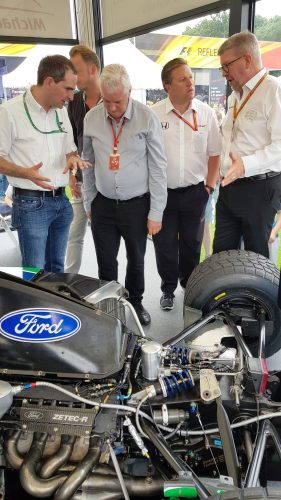 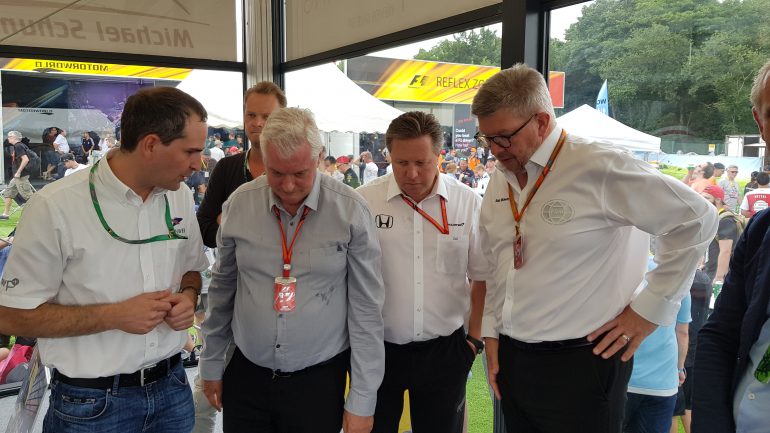 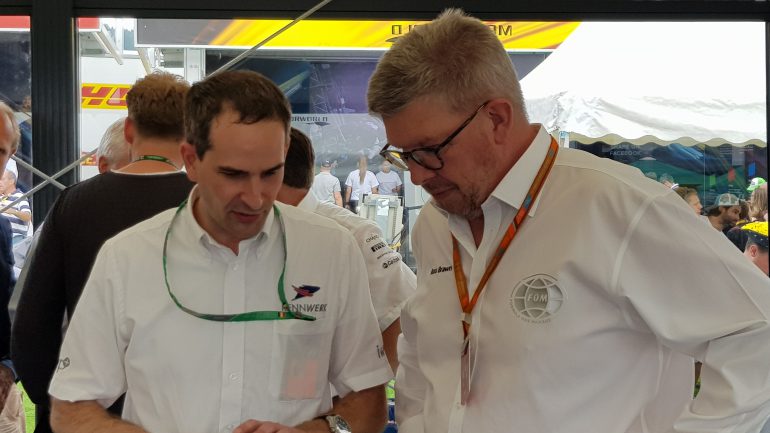 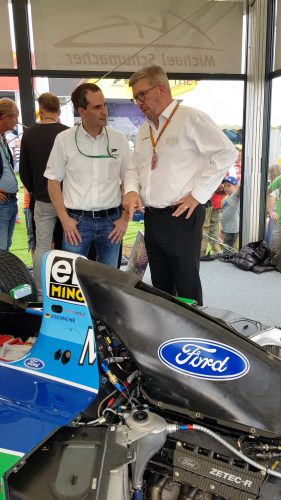 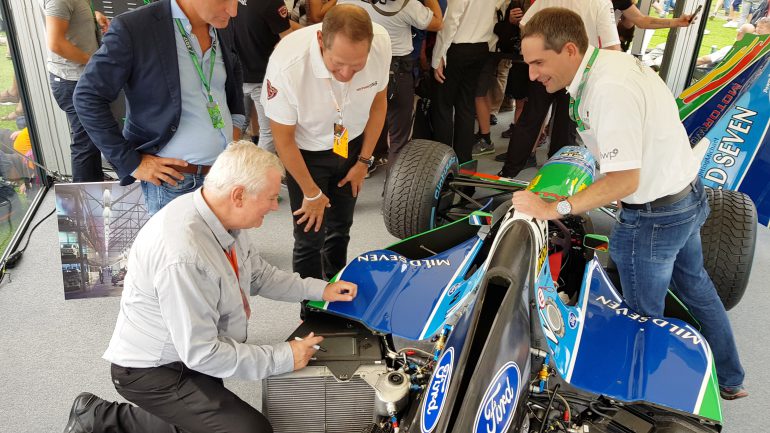 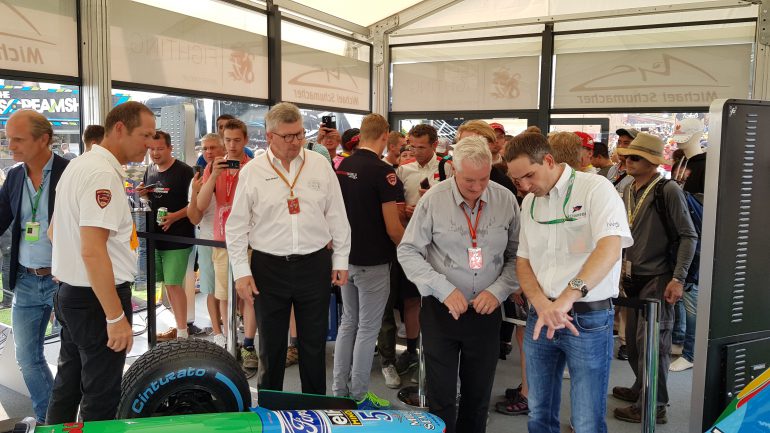 On the day before Mick Schumacher ran his father’s 1994 Benetton F1, the car was on display in the MOTORWORLD stand in the Spa F1 fan zone.
Here it was visited by Ross Brawn, Pat Symonds and Zak Brown.
Ross Brawn and Pat Symonds worked as Designer and Race Engineer at Benetton F1 during the 1994 season.
In this function they can be called the fathers of this successful F1 car which made Michael Schumacher to win his first F1 World Championship.

RENNWERK had the chance to show the car to Ross and Pat and discuss some technical details with them.