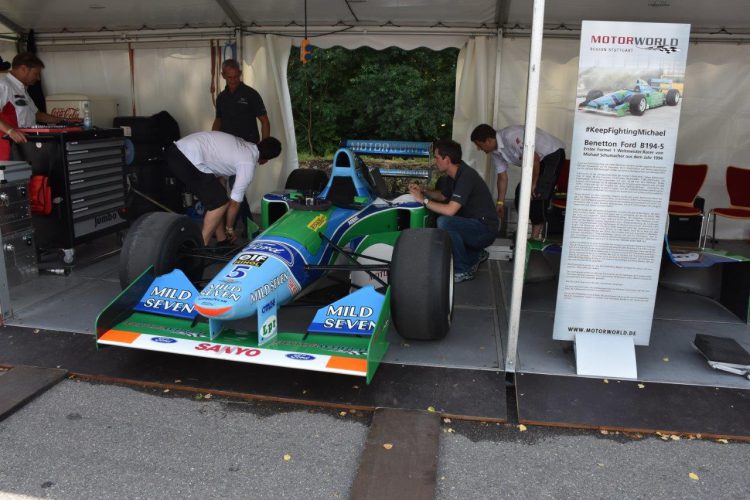 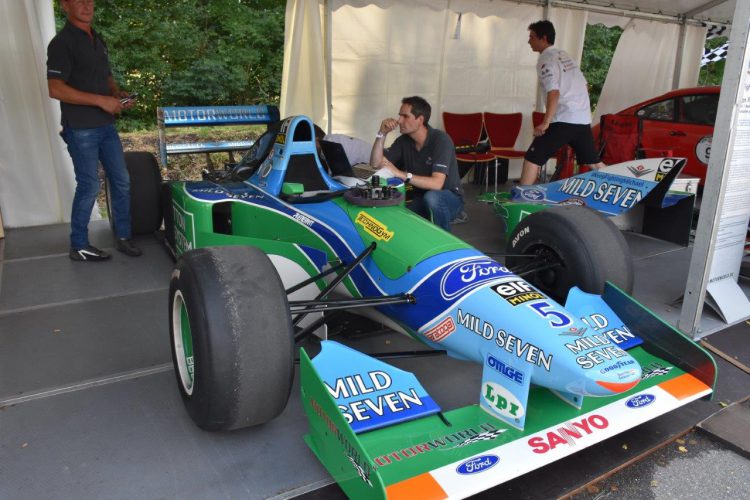 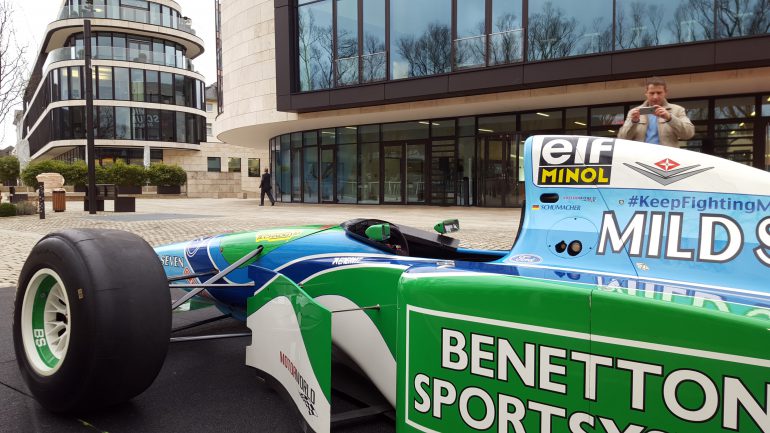 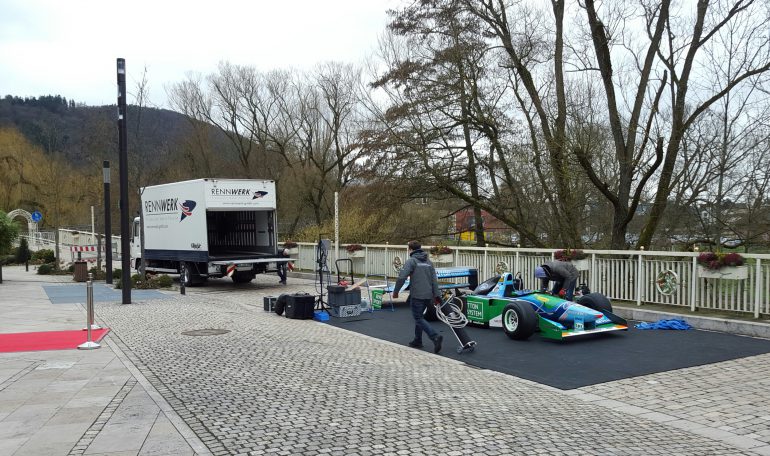 The Benetton B194-05 was the car which secured half of the points which resulted in Michael Schumacher’s first of 7 world Championship titles. It scored its first victory at the tragic 1994 San Marino GP followed by 3 more victories at the Canadian, Monaco and French GP. It also was the last time a Cosworth powered car contributed to a F1 World championship title up to now. The last evolution of the Cosworth 3.5 litre V8 engine produced up to 750 HP while revving up to 14.500 RPM. The car is the result of a brilliant development team established in 1991 as Michael Schumacher and Ross Brawn met at Benetton F1. The car is now owned by the MOTORWORLD Group and will be for display in their Cologne branch at the Butzweiler Hof from spring 2018 onwards.

Rennwerk was commissioned with the maintenance and operation of this unique car back in 2015. Thanks to the MOTORWORLD group the car will not purely be on display but will be presented running on various events.