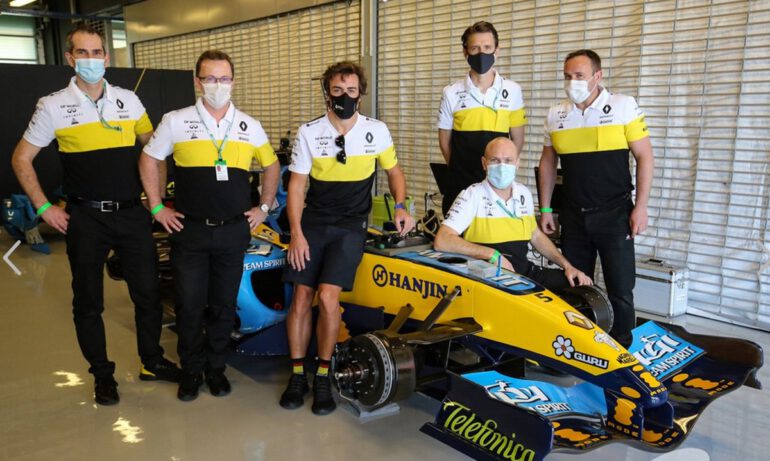 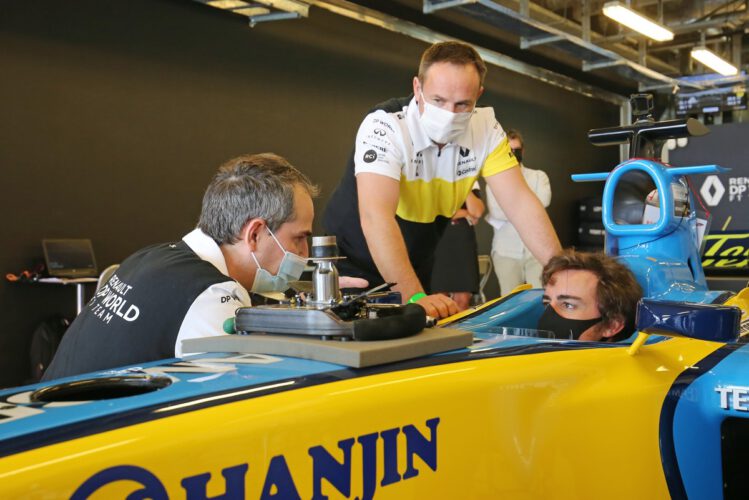 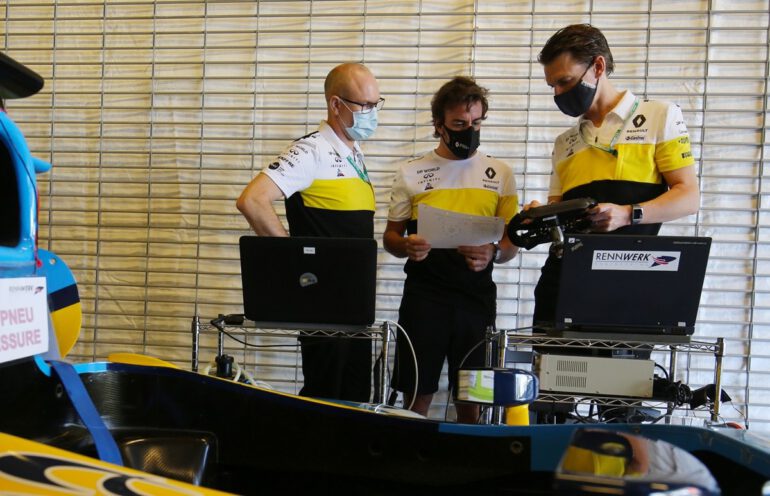 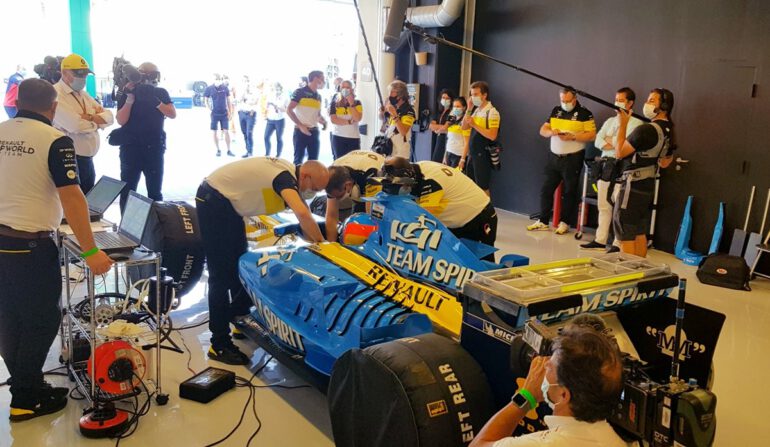 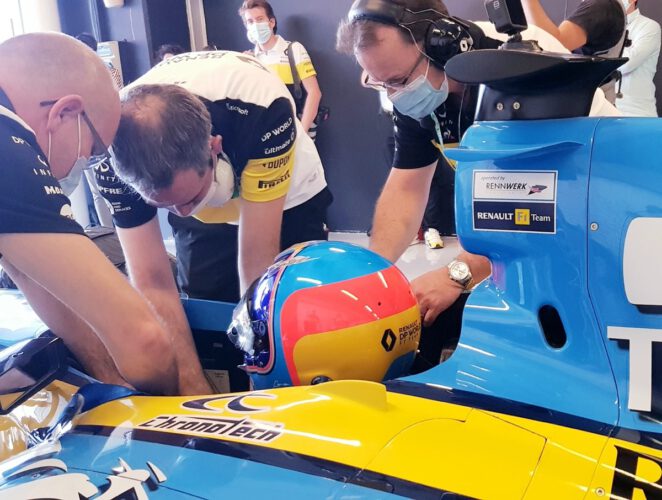 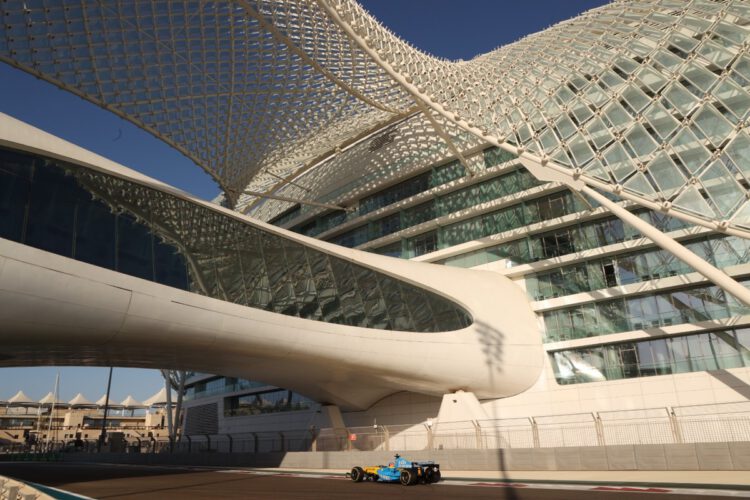 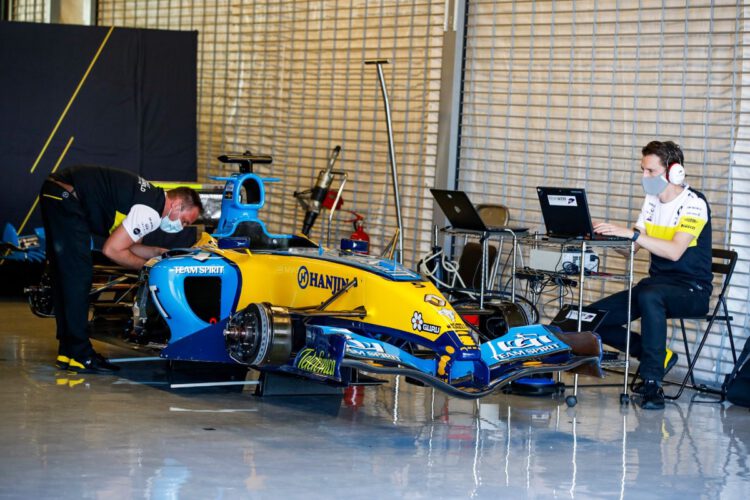 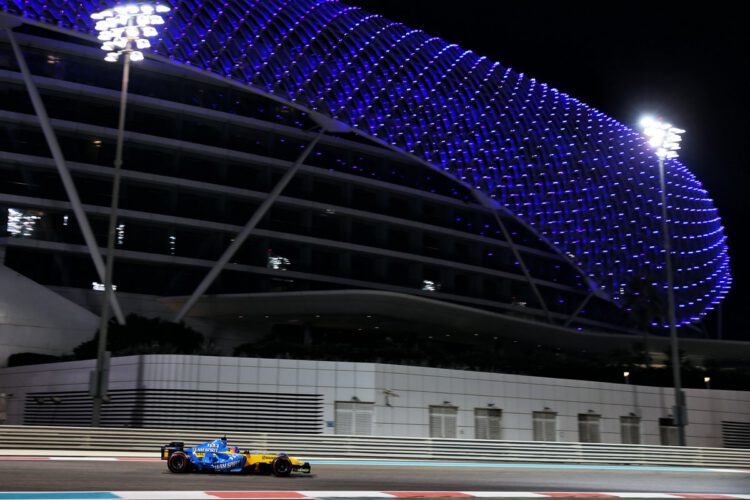 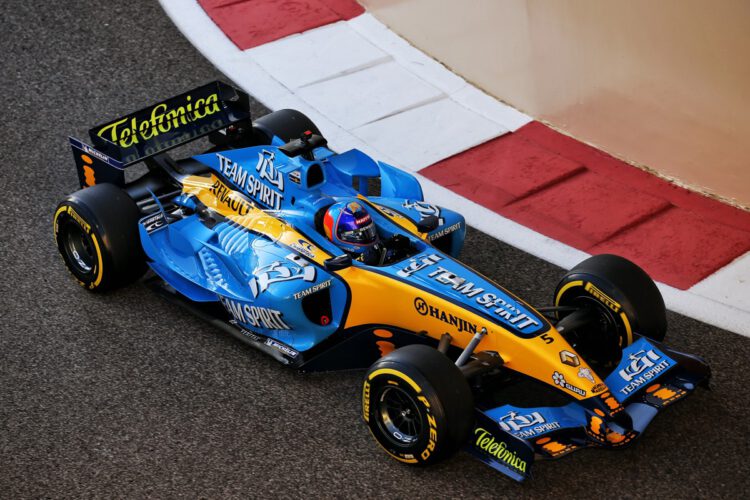 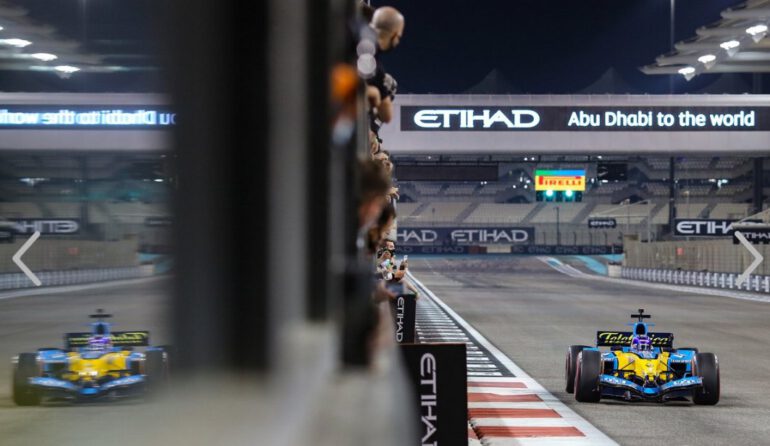 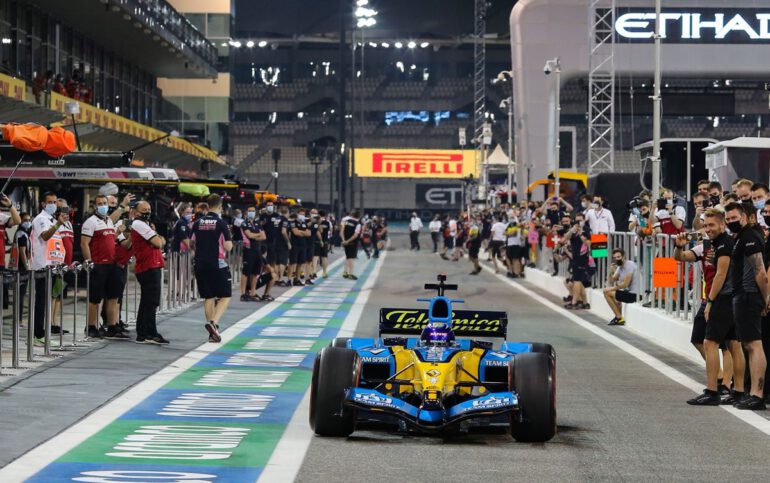 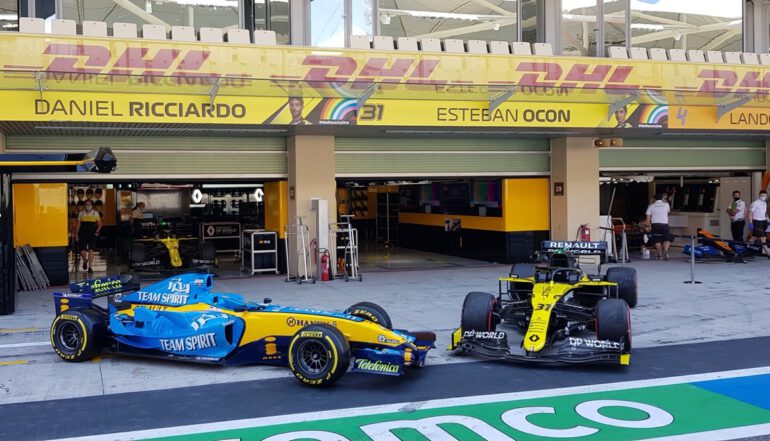 In a cooperation with Renault F1, RENNWERK has completely restored the vehicle – starting at the end of 2019 and bringing it back to a fully original and track-ready condition.

Renault has been a significant part of the F1 circus for more than 40 years. It entered F1 as a chassis constructor in 1977 and will leave now in 2020 with the team being re-branded to „Alpine F1“ from 2021 onwards. To celebrate the heritage and the return of Fernando Alonso to the team, it was originally planned to run the 2005 R25 during Renault’s 2020 home GP in Le Castellet. Due to the Covid-19 pandemic the plans had to be changed and the show run finally happened at the last 2020 F1 race weekend in Abu Dhabi.

About „Expectations versus Results“:

Before the event there were many discussions about the laptime that we could expect for these runs.

In 2005 the Yas Marina Circuit did not even exist. So there are no reference data and furthermore there were no original Michelin tyres available anymore.  Therefore we put on Pirelli „Driver Academy“ tyres – which at least are matching for the dimensions of the 2005 tyres.

The suspension and aero setup was taken from some 2005 test setup-sheets. The electronic driver aids like traction control, diff control, clutch and engine braking control were set to default values – without any special functions like distance dependent adjustments etc.

Before the event we were unsure how much time Fernando would need to get used to the track, the car, the electronic systems and the tyres. We were also not sure how much he would actually „trust“ the condition of the car and how safe he would feel in his 15 years old vehicle.

We briefed him very well on the work that we did and the safe condition of the car – but also reminded him that he should not take any risk and especially take the first run as a conservative test run. That means we didn‘t expect much in terms of laptime.

But it came differently. In his first (!) flying lap of his first run, Fernando did a laptime of 1:42,69 which was more than a second quicker than the backrunners of the first F1 free practice that happened on this day on that track.

On the next day on softer tyres he further reduced his laptime to 1:39.90 – leaving him just a second behind the Williams F1 cars from the official F1 Qualifying session on this day.

Considering these circumstances, the small team, the lack of setup options and training, it is still unbelievable how well Fernando and the R25 performed on this event – right from the first lap.